Test Your Wits with These 7 Columbus Trivia Groups 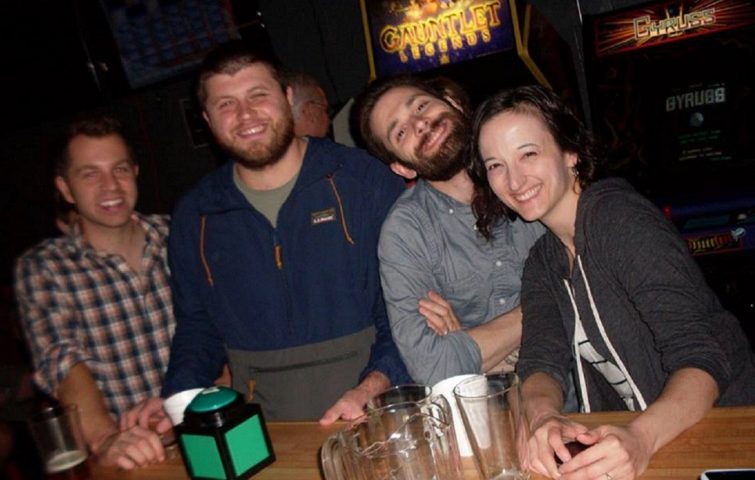 From the pubs of England to the dive bars of the U.S, people everywhere have been flexing their brains over brews for decades with trivia competitions. Columbus has quite a following for trivia, with events & leagues that draw hordes of players to local bars & restaurants across the city almost any night of the week. Here are a few of the best & brightest trivia companies in Columbus, and where to catch their next shows. 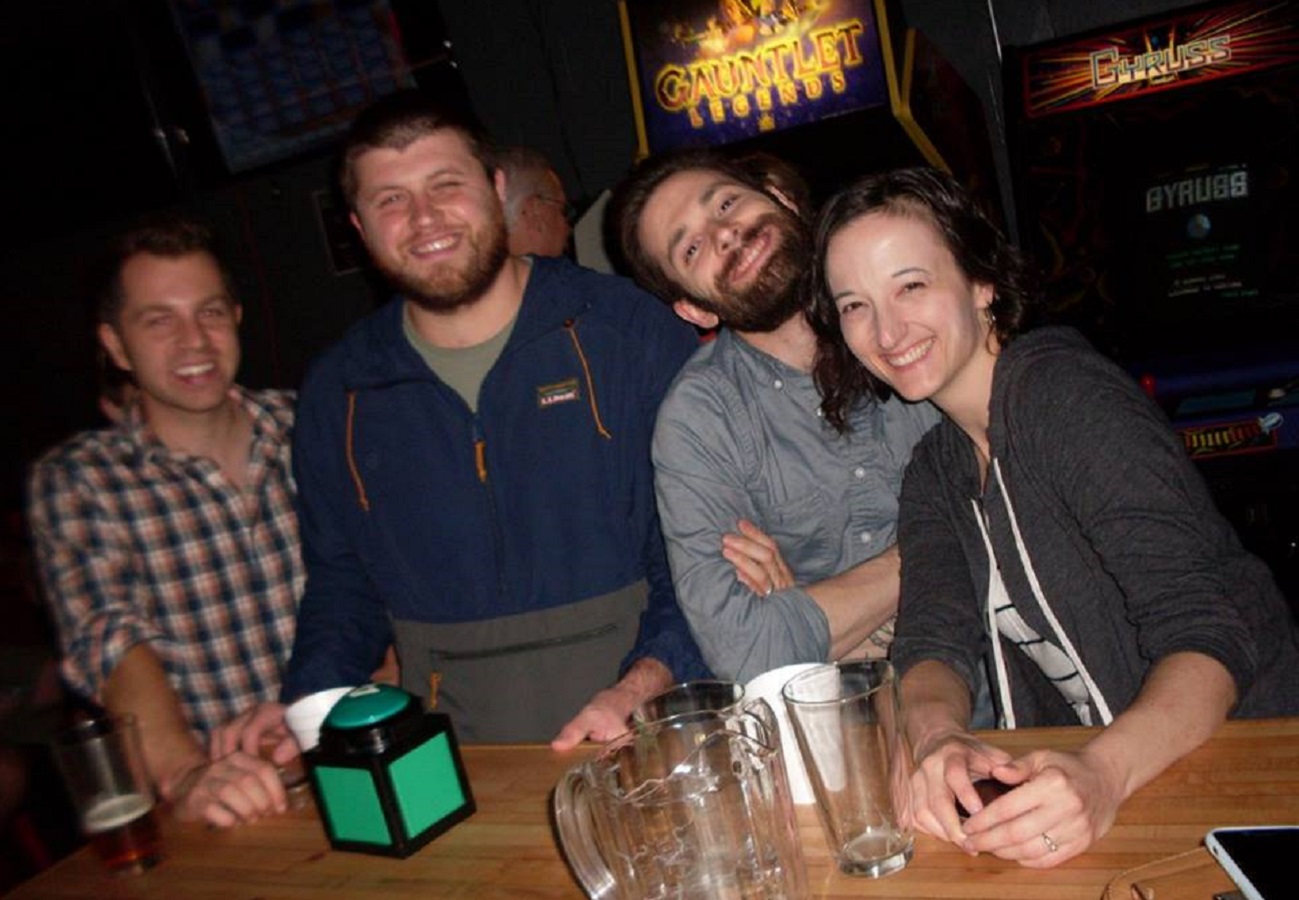 You’ll need lightning-quick reflexes to compete in one of Excess Trivia’s game-show style matches, in which players use buzzers to submit their answers. Facilitated by charismatic live hosts & a projection screen, Excess’ fast-paced games incorporate photos, movie clips, music, and other multimedia effects into their Jeopardy-style questions, which span an array of topics. Trivia nights take place every night of the week but Friday at locations including Hound Dog’s Pizza, Oddfellows Liquor Bar, Old North Arcade, Platform Brewing, and more.  Full Schedule >>

For the second year in a row, Name 10 Trivia has earned the “Best Trivia Night” title in 614 Magazine, currently hosting events at locations like Lineage Brewing, Shadowbox, and Four String Brewing. With a unique “name 10” gameplay format and heavily pop culture-centered questions, this trivia night is especially popular with movie buffs, who can take part in a weekly event at The Gateway Film Center. These events are also unique in the fact that they hold no restrictions on team sizes or number of teams at play. Full Schedule >> 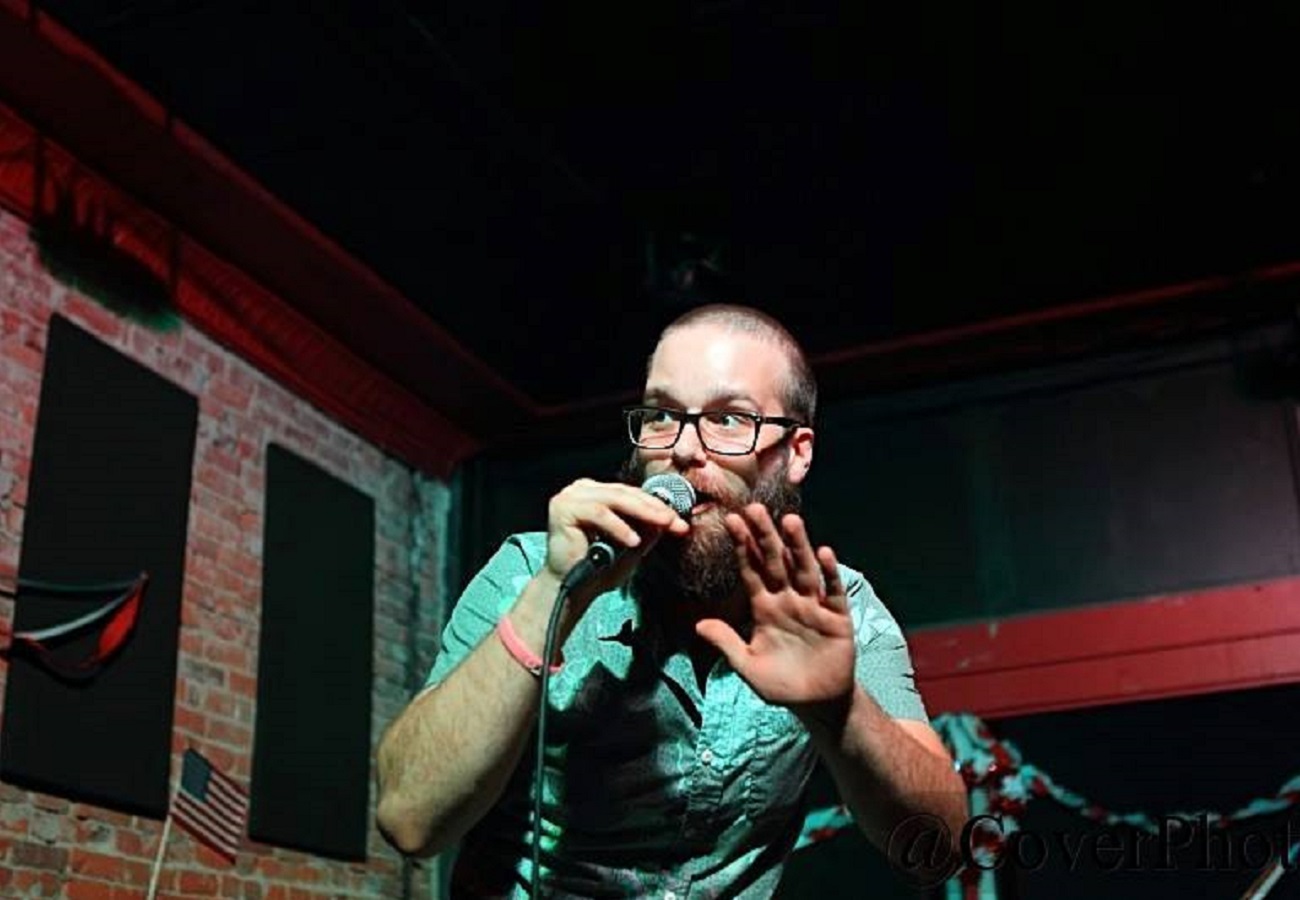 Since 2010, TeamTim Trivia has gained a large following among the trivia community, with regular nights on Sundays, Tuesdays, and Wednesdays at Bodega, Oddfellows Liquor Bar, Grandview Café, and Little Rock Bar. Matches with TeamTim include 3 rounds of 15 questions, each question from a different category. Categories span an incredibly wide array of subjects and have included everything from pizza, alcoholic beverages, Harry Potter, and secret societies, to the periodic table, soundtracks, and “this day in history.” Full Schedule >>

Sporcle.com has earned its chops as the go-to for online trivia, boasting thousands of admin and user-generated quizzes in 15 categories ranging from entertainment, literature, and sports, to science, geography, and history. Although Sporcle is favored by many for its website, the company also hosts live Pub Trivia matches and leagues in several states, Ohio included. Columbus trivia nights take place 5 nights of the week at nearly 15 different bars including The Walrus, Four String Brewing, Brazenhead, and World of Beer. Full Schedule >> 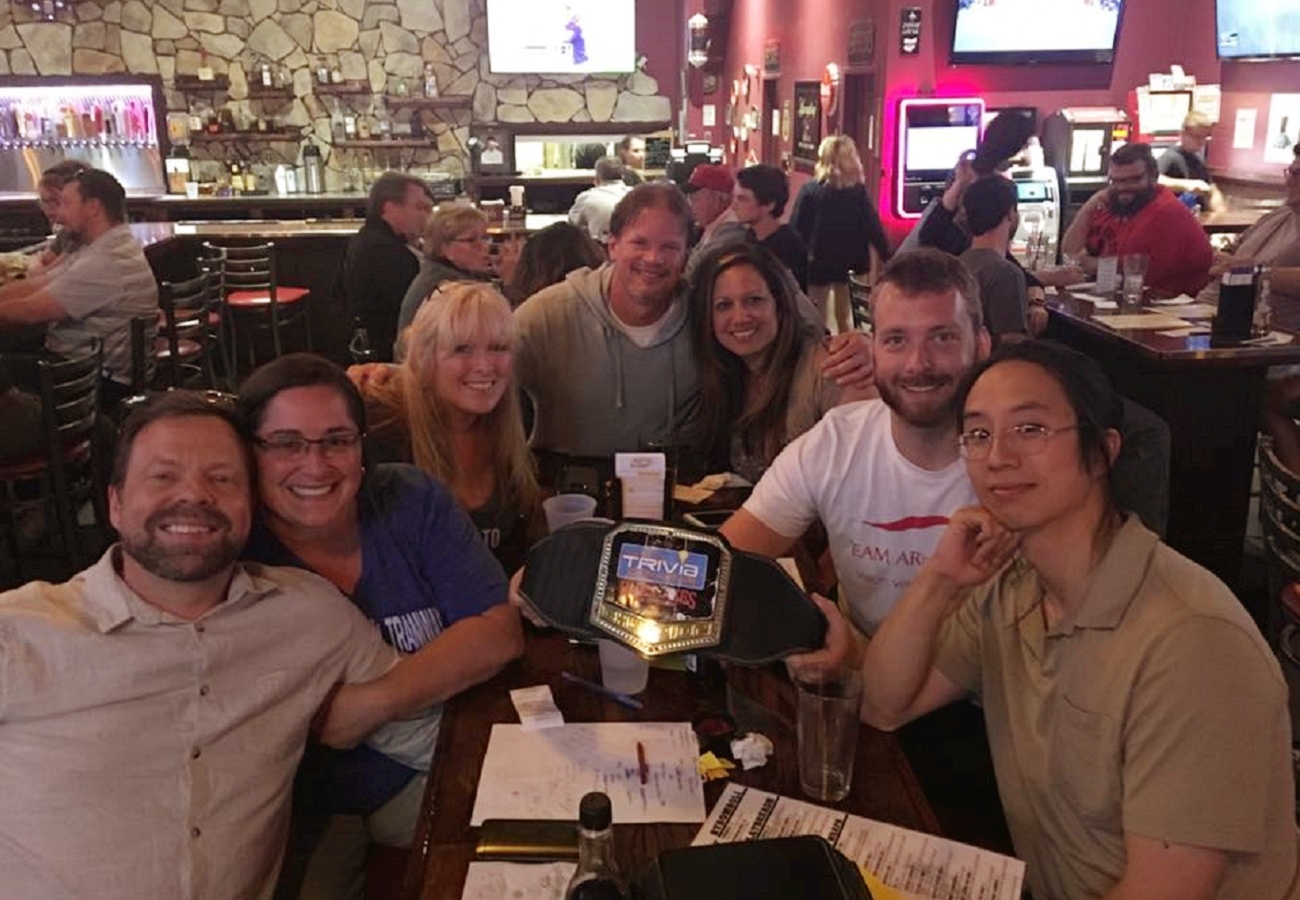 By far one of the largest in attendance of the area’s trivia nights, the Columbus Trivia Challenge can at times draw crowds of over 100 participants on over 20 teams to its interactive events. This trivia company ensures authenticity within their games, banning players from using phones and other tech, and using professionally written questions that are researched weekly. Their high-energy, music accompanied matches take place every night of the week at over 10 bars including Claddagh, Lucky’s, and Grandview Café. Full Schedule >>

Last Call is a nationwide trivia company which frequently hosts live events in the city at locations like Buffalo Wild Wings, Coaches Bar & Grill, and The Brass Tap. The group’s Columbus shows mostly include pop culture theme nights like Star Wars, Harry Potter, or Superhero Trivia, and their special event “Feud,” a version of “Family Feud” in which players guess popular survey answers to general opinion questions. This game is a fresh break from the typical trivia night and is described as being a less competitive and more laid-back than other versions. Last Call also hosts a trivia league in cities across the country, and hosts a national tournament in Cincinnati annually.  Full Schedule >> 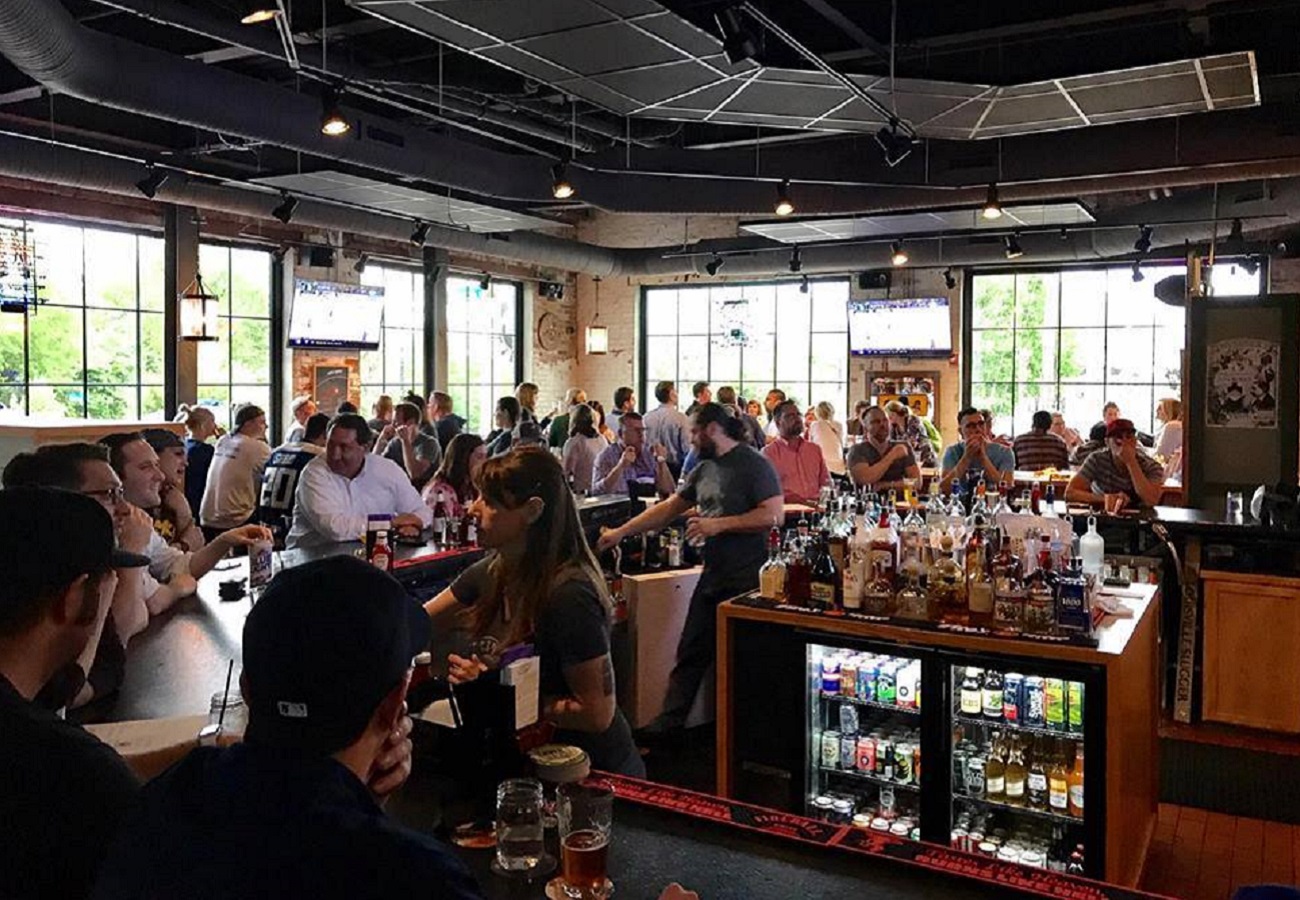 After beginning as The Shrunken Head’s regular trivia night, Big Head Trivia expanded after much success, and has now added shows at venues like Village Idiot, Park Street Tavern, City Tavern, and more to its ongoing schedule. Their games stick to one theme per night, and include mostly pop culture subjects; TV shows like Friends, Game of Thrones, The Office, and Seinfeld, movies like Mean Girls, Lord of the Rings, and Disney favorites, sports, and even a special Name That Tune event for music lovers. Big Head also hosts a trivia league in which participants earn points for both attendance and performance, and can compete in a regional championship for big prizes.  Full Schedule >>