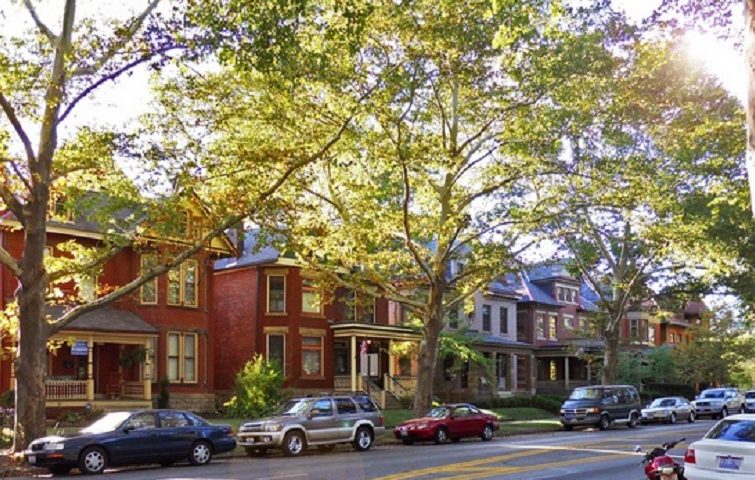 Victorian Village is most known for the architecture of its beautifully designed Victorian homes and tree-lined streets in an urban setting. Located just northwest of downtown Columbus, it’s bordered by the Arena District and Italian Village with walkable access to the North Market and the Greater Columbus Convention Center. Harrison West is the western boundary of this stately area.

Historical restoration of this hidden gem started with the Victorian Village Commission, who led the charge in establishing the village as an historic district by the city of Columbus in 1973, followed by a listing on the National Historic Places registrar in 1980.

Visitors can walk the streets in awe of the architecture, nature, and beauty of the area, and follow it up with a trip to Goodale Park before eating at Basi Italia, Katalina’s, or Oodles Noodles.