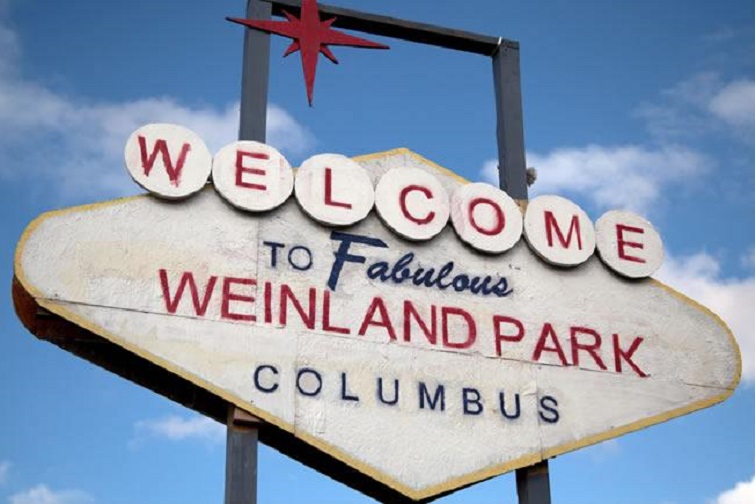 Weinland Park began more than 90 years ago to serve people who took streetcars to jobs downtown or who worked in the manufacturing industries along the railroad lines that mark the eastern boundary of the neighborhood. Like most urban neighborhoods, Weinland Park has lost jobs and population in the last 40 years, but major public and private investments in the last decade and new commitments for home renovation and new construction over the next few years showcase community renewal and the evolution of a stable, mixed-income neighborhood.

At the center are several acres of greenspace, Weinland Park, named for Edgar Weinland, a popular reform city councilman in the 1920s. Flanking the park are the new Weinland Park Elementary School and the new Schoenbaum Family Center, Ohio State’s innovative early childhood education laboratory. The Weinland Park neighborhood is defined by the boundaries of High Street to the west, Fifth Avenue to the south, the railroad tracks to the east, and the east-west alley north of Chittenden Avenue to the north.