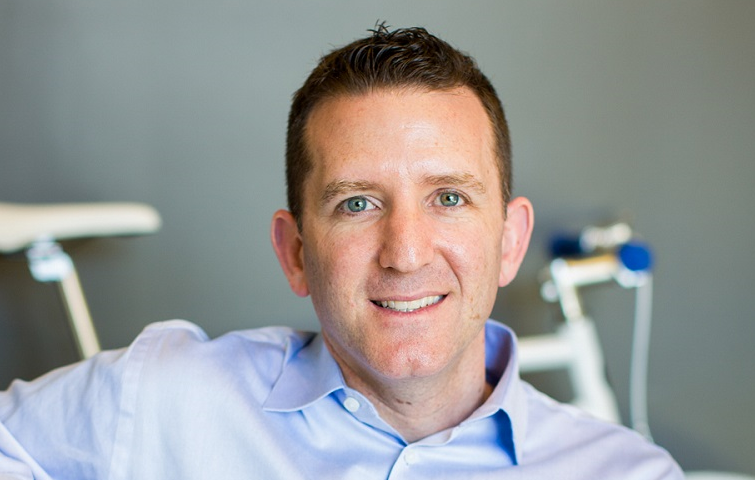 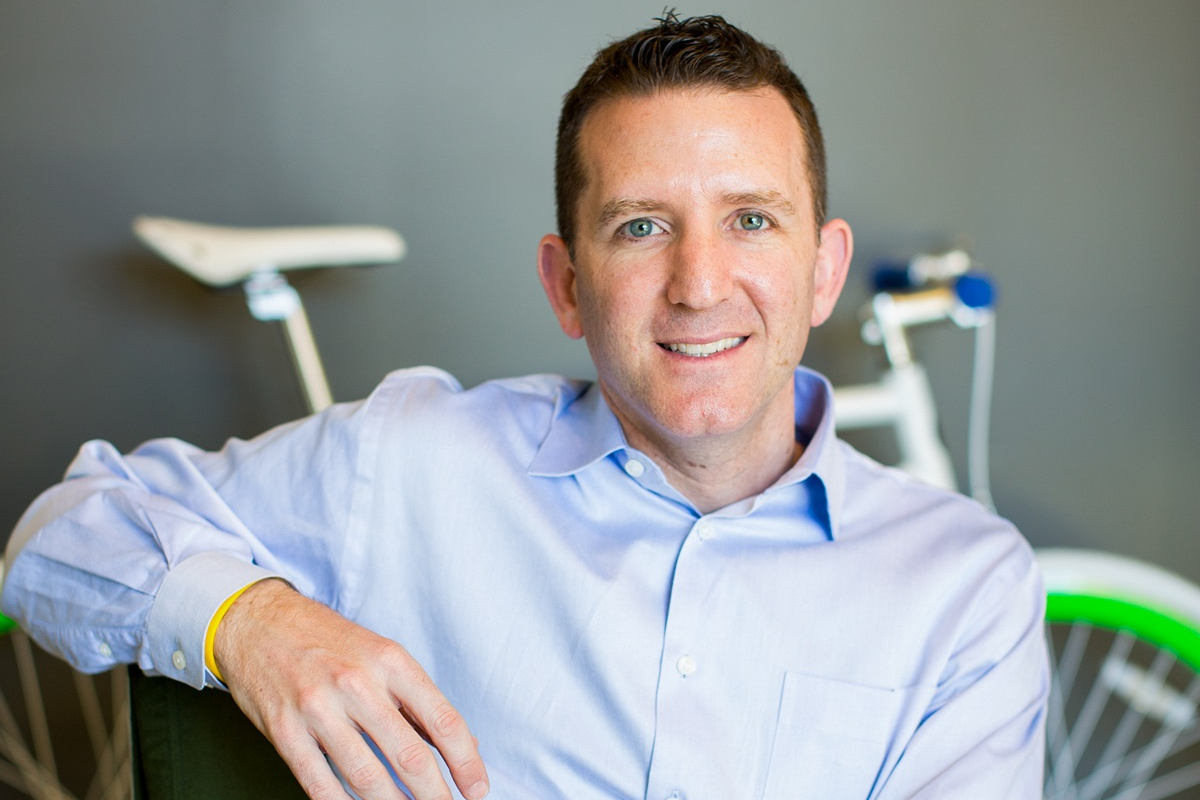 After being diagnosed at the age of 19 with Chondrosarcoma, then twice-diagnosed with malignant melanoma that same year, Doug Ulman realized how few resources were available to young adults fighting cancer and set out to do something about it. Now, at age 41 and the leader of the “Greatest Team Ever,” Ulman’s nonprofit organization, Pelotonia, has raised more than $186 million towards life-saving cancer research ($184 million at the time of this interview just two months ago.) As a bonus, Pelotonia operates on a 100% model, meaning the entire sum of the funds raised goes directly to cancer research at The Ohio State University. Ending cancer may sound like an insurmountable “One Goal,” but for Ulman, “Thousands of individuals are diagnosed with cancer each and every day. They are counting on us to find a cure, and I won’t give up until we reach the finish line.”

Give us a brief overview of your organization: Pelotonia started in 2009 as a 3-day cycling event in Columbus, Ohio, with the goal of raising money to fund cancer research at The Ohio State University. Over the last decade, the ride has grown into a movement based on the shared belief that when we work together, we go further, and when we push ourselves, individually and as a community, we can achieve great things. Since inception, the Pelotonia community raised more than $184 million to support innovative, life-saving cancer research. Through our collective efforts, Pelotonia has brought together hundreds of thousands of people to ride, fundraise, volunteer, and donate, and is helping to create a significant impact in the fight against cancer, in a big way. The Pelotonia community has accomplished more than we ever imagined and raised more than we ever dared think possible, and we’ve only just begun.

How you are innovating in the nonprofit space? One of the things that makes Pelotonia so special is that the culture is truly owned by the community, not the organization. Each year we have thousands of riders (8,470 in 2018), volunteers (3,056 in 2018), and donors (115,000+ in 2018) who dedicate their time, talent, and treasure to support the mission of the organization. The culture of the Pelotonia community is grassroots, creative, passionate, inclusive, and hard working. The members of our community infuse their own ideas and skills into their fundraising and training efforts, which causes individual personalities and passion to shine through. The community really sets the tone and culture of the organization by the plethora of ways in which they interact with one another and the brand.

The community also engages with Pelotonia year-round, through our new, innovative fundraising app, PULLL. This app allows anyone in the world to unlock funds set aside by corporate partners for cancer research by running, walking, and cycling. The app also allows users to collect micro-donations from their personal networks, in recognition of their fitness efforts. It’s the first app of its kind and it’s just another way that Pelotonia can make an impact across the world.

Finally, we are fortunate to have a 100% model, which allows us to donate every single dollar raised for by our participants directly to cancer research. This is made possible thanks to our generous funding partners who help to cover our overhead and all of the costs associated with our annual event. We are proud of our 100% model, and believe it is unique for an organization of our size.

How is your organization making an impact in Columbus? The Pelotonia community is making an amazing impact in Columbus and around the world. Last year we had three survivors speak at Pelotonia’s Opening Ceremony; Jay McDaniel, Rhonda Ball, and Sherry Wang. Each of their lives were completely changed because of research funded by Pelotonia. These are just three stories, but there are thousands. And there are thousands more that are receiving treatments based on research funded by Pelotonia, that don’t even know it. Without the Pelotonia community raising millions of dollars, those three stories may be completely different.

What makes your organization thrive? Our organization is built around the Pelotonia community. They are the reason that Pelotonia has achieved such great results, and why Pelotonia continues to be one of the top fundraising events in the country. When I say the “Pelotonia community” I’m not just talking about those who ride, fundraise, and volunteer during Ride weekend, but also those who are supporting Pelotonia out in the community, including The Ohio State University, our funding partners, the researchers, and every donor who has ever contributed a penny to our organization. Pelotonia wouldn’t be the same without this amazing community that has come together to rally behind our one goal.

As a leader, how do you come up with innovative ideas, and what helps put those ideas into action? I firmly believe that anything is possible, and I work to instill this belief with everyone on our team. We try to remain focused on the belief that no idea is a bad one. We often talk about “high risk, high reward” research when we discuss where the money from Pelotonia is invested. I take that same approach with our team members and their ideas. Sometimes the craziest ideas end up being the ones that make the biggest impact. With this mindset, we are constantly trying new things. We keep and build upon the strategies that work, and we learn from and retire those that don’t. At the end of the day, I believe we must take risks and not be afraid to fail.

Give us a snapshot of your career path—what is your background, and what led you to work in the nonprofit sector? When I was a 19-year-old, sophomore at Brown University, I was diagnosed with Chondrosarcoma, a very rare form of cancer. As a young adult you think you are invincible. You never think you’ll be diagnosed with cancer. But I was, and it changed the trajectory of my life. At the time I was no longer just stressed about classes or soccer practice, I was now focused on fighting for my life, and it put everything into perspective. That same year, I was diagnosed twice more with malignant melanoma. As a three-time cancer survivor, I realized the significant lack of resources available to young adults with cancer and I decided to do something about it. With the help of my family, we created The Ulman Cancer Fund for Young Adults in 1997. Our goal was to bring a sense of community and support for young adults fighting cancer. Since that time, I’ve embraced what one oncologist referred to as “the obligation of the cured” and continued this work as the leader of the LIVESTRONG Foundation, and now the President & CEO of Pelotonia.

What is the one thing you are most passionate about? My biggest passion is bringing people together and building community. I truly believe that communities are the lifeblood of humanity, and that each of us has a deep-rooted desire to be part of something bigger than any one of us individually. Personally and professionally, I’m always looking for ways to bring people together and make the world a better place.

Who inspires you? I grew up in a family that was devoted to giving back. My parents were both extremely engaged members of our community, serving on boards, hosting committee meetings in our home, volunteering their time for local shelters and non-profits, and constantly giving back to the community. To say they were an inspiration is an understatement. Throughout my entire life, my parents have always stood up for what they believe, and challenged me to do the same. I have carried these lessons throughout my life, and now am working to pass them on to my children, Clara and Sam.

How do you stay motivated? What drives you to take things to the next level? Unfortunately, cancer never sleeps. Every single time I walk through the James Cancer Hospital and Solove Research Institute, or any hospital for that matter, I’m reminded that we have so much more work to do. I’m constantly inspired by the cancer survivors I have the honor of meeting. The challenges and obstacles they and their families overcome, is truly moving. Their stories fuel me to keep fighting. When I see people sitting in waiting rooms, talking to doctors, ringing the bell after their final treatments, it energizes me to keep pushing and making things happen. Thousands of individuals are diagnosed with cancer each and every day. They are counting on us to find a cure, and I won’t give up until we reach the finish line.

Why do you think people should care about innovative nonprofits? Innovative nonprofits have the ability to serve our communities, develop and deliver services that help lift up those in need, and fuel the quality of life for those who contribute to the organization’s mission. In order to truly move nonprofits forward, we need to have innovative leaders, creative solutions, inspiring missions, and ultimately, create a community that feels connected and has a sense of belonging. Our team at Pelotonia is honored and consistently inspired to work among so many innovative leaders who we learn from on a daily basis.

As a kid, what did you say you wanted to be when you grew up? My first professional goal was to become an architect. I loved looking at buildings and their unique designs and wondering about the thought behind those buildings, or how they related to the people inside. As I grew older, I decided I wanted to be a teacher and soccer coach. Some of my most memorable moments and life experiences were learned from teachers and coaches, and I always knew I wanted to make an impact on others. To this day, I still love playing and watching soccer. Go CREW!

What might others be surprised to know about you? I’m terrified of flying! However, my job requires me to get on planes fairly regularly, so I’ve had to learn to suppress that fear. I don’t look forward to getting on a plane, but I try to remain focused on the destination and task at hand to remain calm.

How can others in the Columbus community get involved with your organization? We want as many people as possible to be part of the Pelotonia community. You can sign up as a rider and commit to fundraising and cycling 25-200 miles during our annual event, you can become a virtual rider which allows you to fundraise but doesn’t require you to physically get on a bike, or you can donate your time as a volunteer. To register for any of those opportunities, you can visit our site at Pelotonia.org/register.

You can also participate by downloading and using the PULLL app. It’s free for anyone with a smartphone and 100% of every dollar raised in the app is powering life-saving cancer research.

And if none of those options sound like something you want to do, we are always looking for people to come out and cheer on those riding on August 3rd and 4th. We would love to have you a part of the Greatest Team Ever.

If someone were to ask you what the “pulse” of Columbus is, what would you tell them? Rarely, if ever, have I seen a geographical place that is so unified in its business, philanthropic, and academic sectors. Everyone in Columbus is invested in the collective success of the community, which leads to amazing partnership, high engaging collaborations, and an even greater impact. When you have all these pieces coming together, it’s no surprise to see an active city, becoming more and more entrepreneurial in nature.