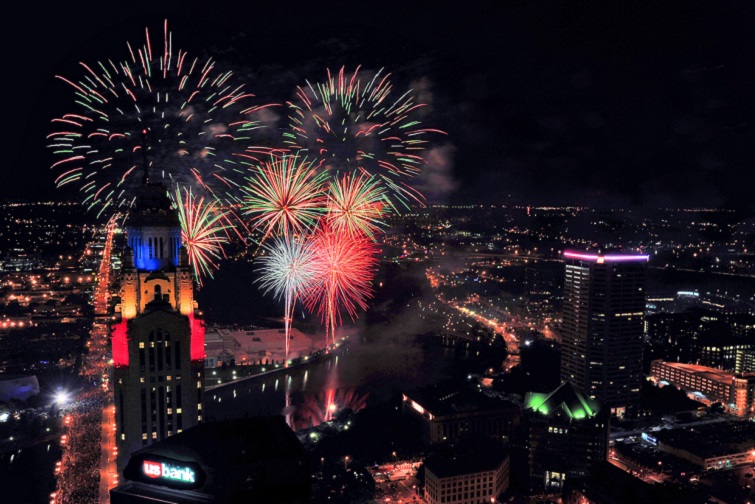 Whether it’s the fireworks, the parades, or simply the parties you’re seeking this Independence Day, Columbus offers a plethora of celebrations in neigborhoods around the city that offer a bit of it all. Here are 5 of our favorite 4th of July bashes coming up this week. 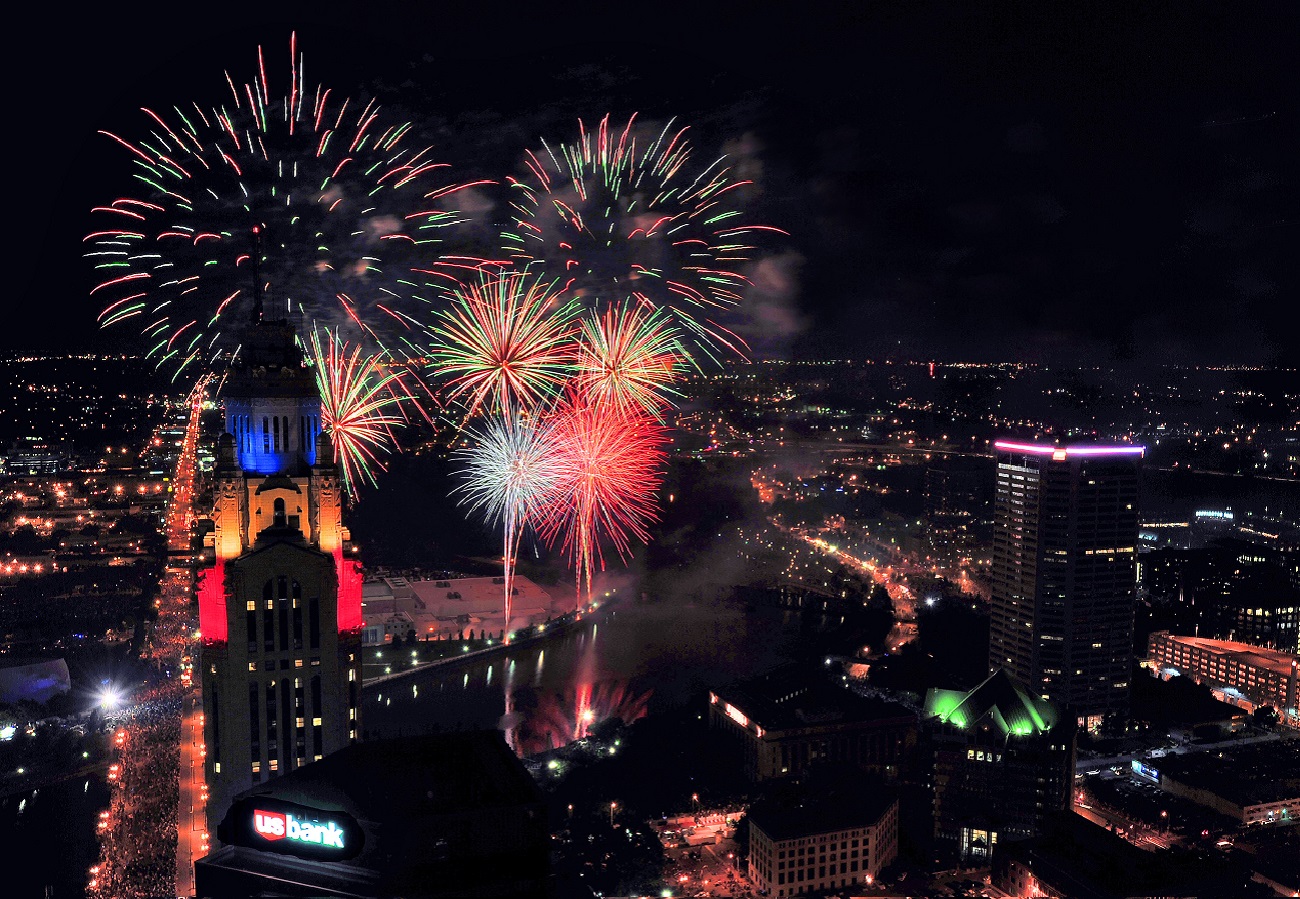 Drawing a crowd of over 400,000 attendees, Red, White, & BOOM! is the place to celebrate the 4th of July in Columbus. The annual Downtown bash will include an official Parade through the city streets, a giant block party with 3 stages of live music, and the highlight of the event, an epic fireworks show high above the skyline. The stunning show is visible all over town, but check out Huntington Park for prime viewing and extra festivities away from the hubub of BOOM! Central.

For a humble celebration in the suburbs, Hilliard’s 4th of July show packs quite a punch with their surprisingly lengthy and fully-loaded fireworks display, which draws up to 25,000 viewers each year. The day will also include a parade and a party in Municipal Park with carnival rides, fair food, and live music. 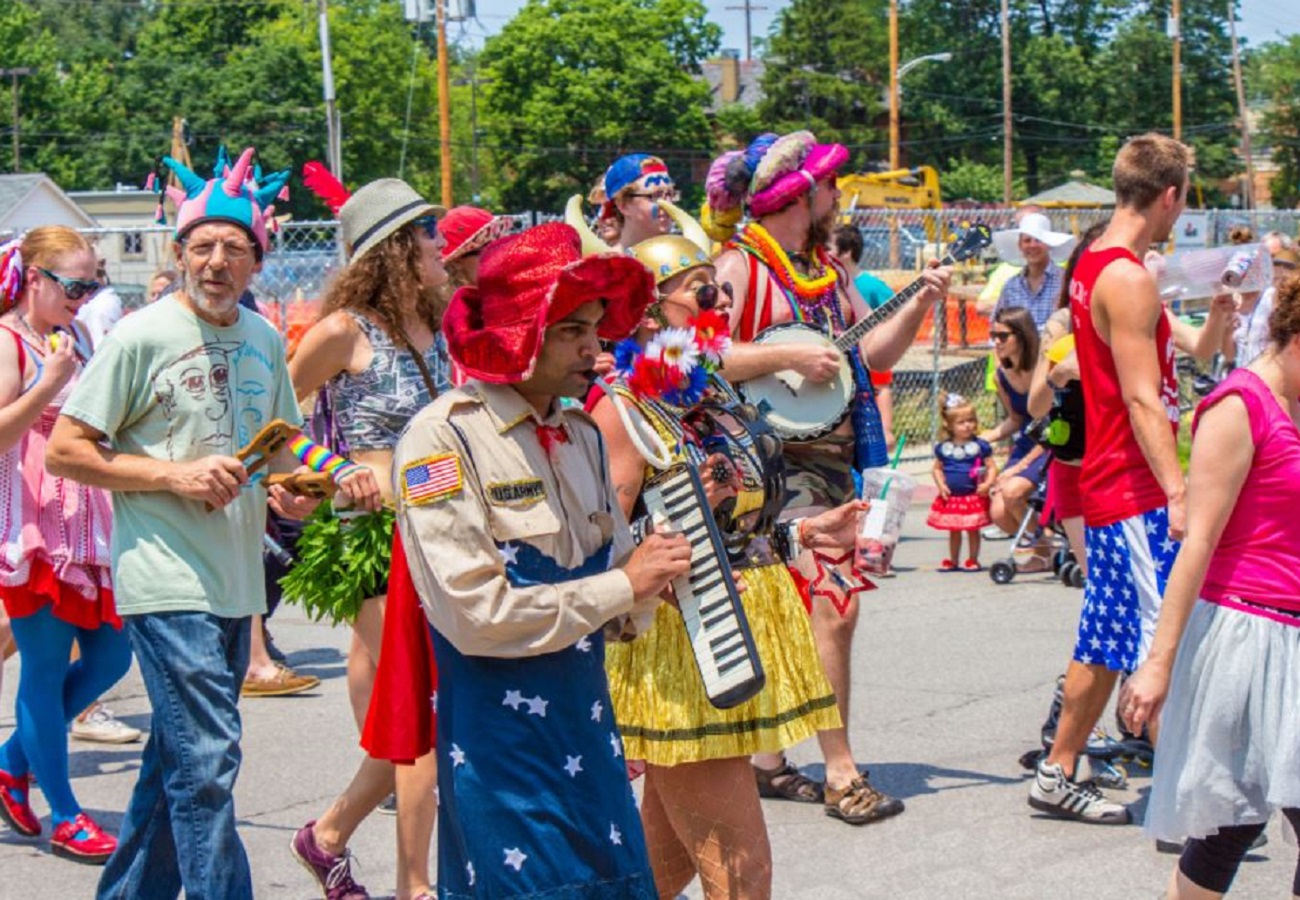 By far the zaniest, most far-out 4th of July event in the city has to be the 34th Annual Doo Dah Parade, which will return to the Short North the morning of the holiday. Supported heavily by Columbus’ creative community, the parade is an anything-goes free-for-all, a chance for participants to express themselves as they please with kooky costumes, homemade floats, and plenty more surprises. Stick around the area after the parade for a block party and some buzzing bar action.

Dublin’s Independence Day Celebration will kick off bright & early with the 31st Annual Sherm Sheldon Fishing Derby, followed by a parade through town. The evening will include a party at the Dublin Coffman Football Stadium with kids activities & inflatables, food trucks, fireworks, and music including a full brass band and Grammy-winning artist, Peter Frampton, as headlining act. 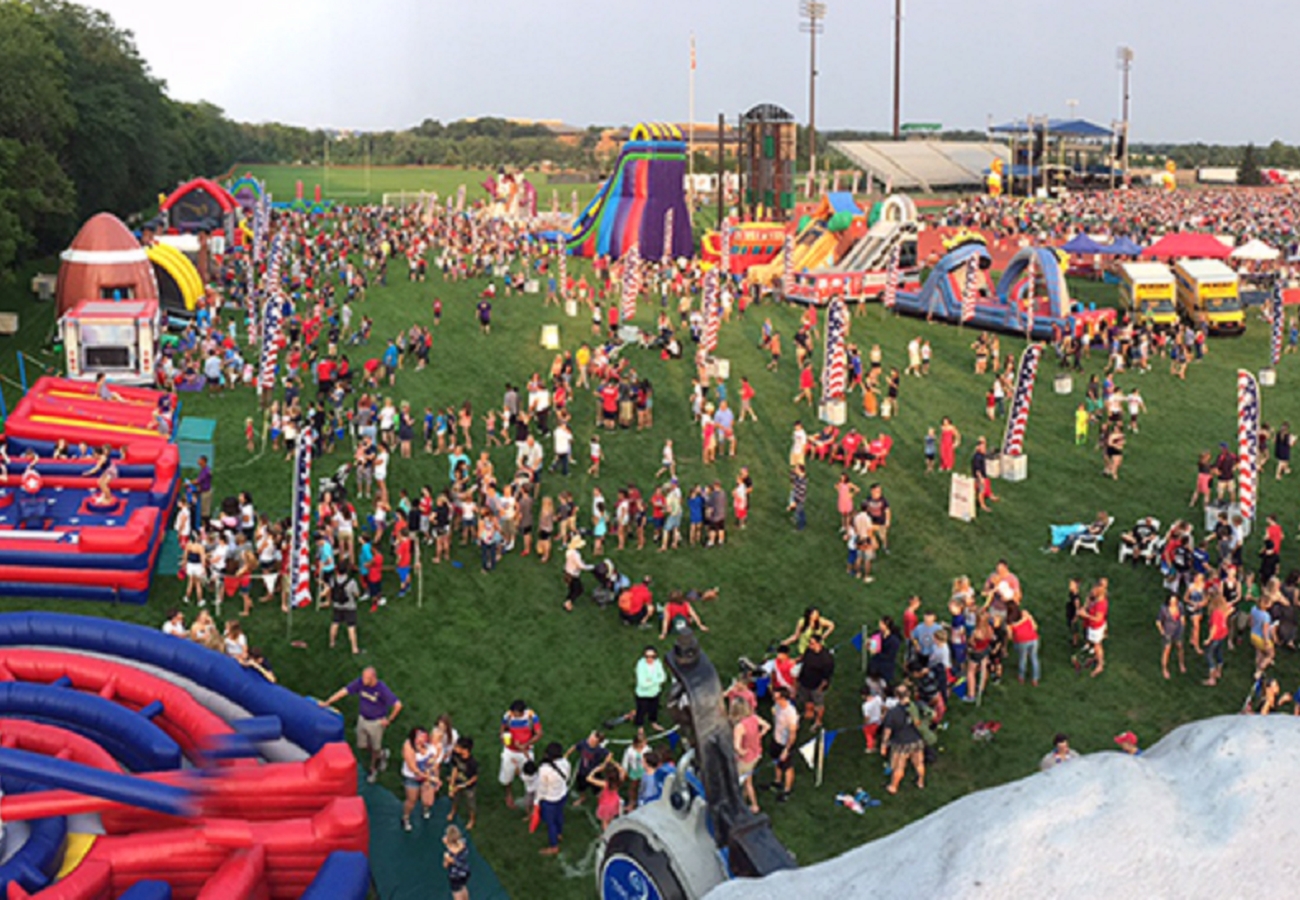 Via  City of Dublin

Upper Arlington’s Independence Day festivities are some of the longest-celebrated in Columbus, having been held since the 1920s in the affluent suburban neighborhood. The day-long bash will include a float-heavy parade in the morning and a Party in the Park with food, live music, and fireworks in the evening.