Networking from Novice to Ninja 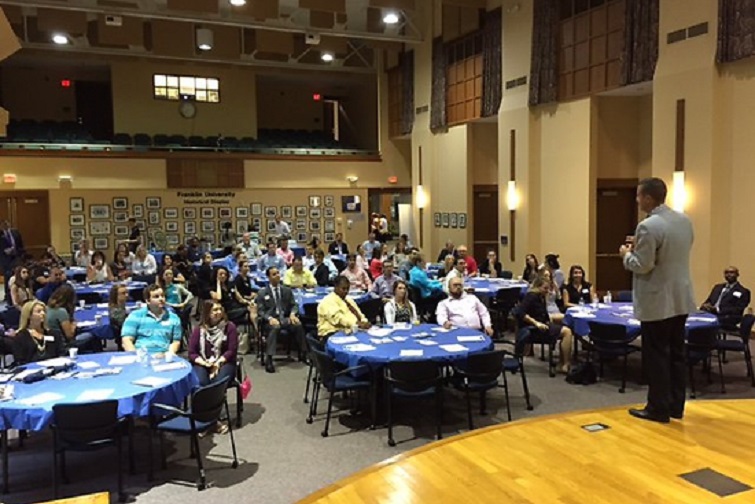 When I first started attending networking events, I was absolutely horrible at networking.

Wrestling with both my early morning alarm or the limiting belief that there wasn’t a worthwhile reason to attend the event, when I did get myself to go, I never had a plan. Nothing. Just show up, and let’s see what happens. I believed myself fortunate to be the sole person in my industry to attend, so it never compelled me to truly stand out beyond what my solo status would naturally accomplish for me. Truth be told, I really wasn’t that fortunate. Occasionally I did have an industry competitor present – I am a sales professional, mind you – I just felt like my turf was being infringed upon. I’d cowered in these situations. I didn’t elevate myself, neither presenting nor becoming a better version of me. Not until a more networking-savvy friend challenged me to go beyond a simple “Hi I’m [first name], I’m a [insert job title here] with [insert company name here]” that I was finally urged to do something about my lackluster networking skills — his intentional timing of right in front of a new contact probably didn’t hurt to motivate me either.

This story helped shape me and I use it to illustrate that you really can start from anywhere with networking, even from a place of self-imposed deficits like mine. Nearly ten years of networking later, I can share lessons learned from my successes and failures, and share some simple tweaks to your networking game to take you from networking novice to a networking ninja.

I always stopped short of a meaningful impact with my early self-introductions. My basic introduction of Who and What I am always failed to include the Why, the For Whom, and the How of what I do. The Why is a problem or challenge, the For Whom is the client type or connection you seek, and the How being the solution you provide for the problem affecting the client/connection. These key components structure a Unique Value Proposition (UVP). Append these three components to your basic introduction and you’ll start setting yourself apart with a well-crafted UVP.

Never enter a networking event with an abstract, immeasurable plan that reads like “I’m going to get an opportunity today!”, whether that be a job or a sale because those are results and not goals since you have no control over the outcome. A SMART goal for networking reads more like: meet ten new people, have five meaningful conversations, and schedule three follow-up meetings. Do that enough times, opportunities will present themselves as a result.

As basic to human communication as that sounds, networking somehow transforms our abilities to have a normal conversation. This relates to not having goals and solely focusing on the results. The results don’t lie on the surface, they’re buried deeper in the conversation. Ask plenty of questions to dig deeper, uncover the gems found within the answers, then relate back to your UVP and how you can provide the solution to the problem or challenge they may face.

4. This is an Introduction.

Never go in for the hard close at a networking event, this is all about making first impressions. In the sample SMART goal, your final goal was to setup some follow-up meetings after the event and not to make a sale on the spot. Keep the deeper conversations to maybe 5-10 minutes max, schedule a day & time to continue it over coffee, then allow yourselves the opportunity to meet with others while at the event.

The Columbus Young Professionals Club has long provided my favorite networking events and not just because I’m the Director, but since we welcome a lot of networking novices genuinely looking to learn while expanding their networks. In August, we’re partnering up with Franklin University as we move our morning networking series from first Tuesdays to second Thursdays with Columbus: City of the Future on August 11th. In late September, we offer a great opportunity to hone your networking skills as our Speed Networking Breakfast returns at Costco Easton on September 29th.