Next Up Columbus 2021: Sterling Clemmons 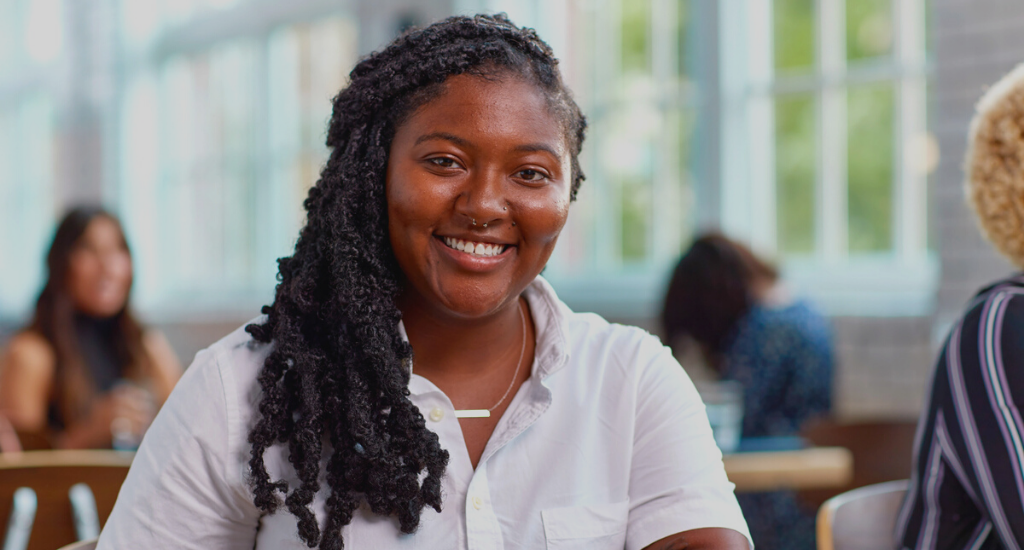 Upon stepping on campus at The Ohio State University in the fall of 2015, Sterling Clemmons knew that she wanted to help people, but never really knew what that meant. After overcoming several obstacles in college such as the loss of her grandmother and almost losing her scholarship, Sterling found strength in her community. “Upon graduating I worked at The Ruth Ellis Center, an LGBTQ+ youth center in my hometown of Detroit, MI where I ran youth leadership and professional development training,” she said. “[Nearly] 75% of my youth at the time were trans women of color and/or sex workers.” When her youth began asking Sterling to go to their doctors appointments with them – specifically to get HIV testing – it began her journey in obtaining an MPH while simultaneously moving to Columbus, OH to run Mozaic, a CDC funded health and community program for transgender youth of color under Equitas Health. After 8 months in that role, Sterling began running all of the testing and outreach in the central Ohio region consisting of four grant programs totaling over $1 million. “I am now transitioning into a new role as a State and Local Government Consultant in the Government and Public Service division at Deloitte.”

What gets you up each morning?
One of my youth, a trans woman of color, from The Ruth Ellis Center, Paris Cameron, was killed on May 25, 2019. I get up every day and do this work to ensure that there are no more trans folks of color in the headlines for their death.

What advice has helped guide you along the way?
“Feelings follow action.” It’s important to address your feelings but make sure you’re putting action first to truly make the change and impact necessary. If feelings drive your actions, you won’t always get the clearest and most logical outcome.

What do you do or where do you go to unwind?
I love to sit by the Scioto Mile on the swinging benches to clear my head or read.

What are a few of your favorite local spots in Columbus/central Ohio?
Slammers, Scioto Mile, and The Columbus Museum of Art

When you were a kid, what did you say you wanted to be when you grew up?
Surgeon

What books or podcasts are you reading/listening to right now?
“Mouths of Rain: An Anthology of Black Lesbian Thought”

What does it mean to you to be chosen for the Next Up Columbus award?
It means that I have work to do to ensure that I am mentoring and reaching back to help inspire the next Next Up cohort. If I can impact at least one of the next year’s recipients then I know that I am moving in the right direction which is fulfillment enough for me.

The Next Up Columbus Awards highlight emerging leaders who are connectors and ambassadors in central Ohio and who are making a positive impact on the future of Columbus. The Columbus Young Professionals Club would like to offer special thanks to our 2021 co-presenters, Discover Financial, Future Possibilities and Zipline Logistics for their support of this awards program. Meet the entire “Class of 2021” »